Human Computer Interaction has changed dramatically in the last 43 years, since the introduction of the first Graphical User Interface for a computer released by Xerox in 1973 through to todays’ GUI’s on systems like Microsoft’s Windows 10, Apple’s OSX and Ubuntu’s Xenial Xerus. Introducing a GUI for computers meant that they were now accessible to, and useable by, regular people and not just educated computer programmers.

These technologies have advanced to the point where they have opened up a whole new world of possibilities, not just for the businesswoman viewing a new building concept via AR or the teenager playing VR games but also to provide assistive technologies for those with disabilities or special needs, providing a better quality of life.

This isn’t going to be a full comprehensive list of the do’s and don’ts of search engine optimisation, or SEO, but I am going to talk (or write) about some of the website optimisation I carry out and some of the tools available from Google, Microsoft and other vendors that are available to help you. If nothing else you will get an idea of what goes into making your website a bit faster and more SEO friendly. 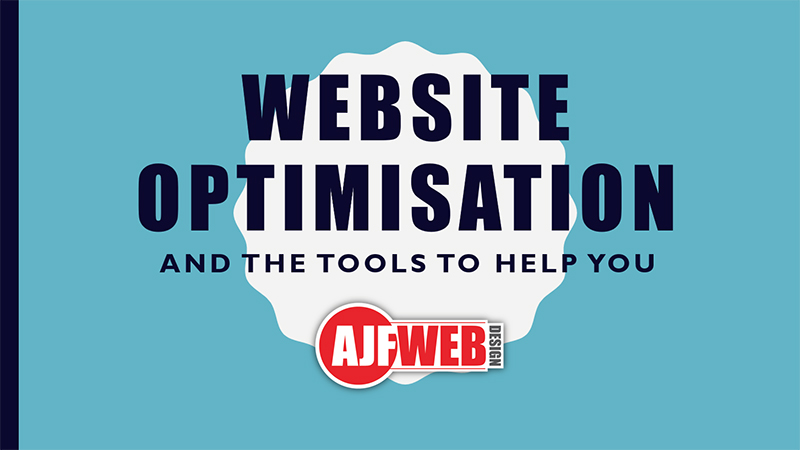 Lots of people focus on SEO to improve their page ranking, that is after all what SEO is kind of about, but, how many consider their users and the experience they have using their site? I mean it is great to be listed highly on search engines like Google and Bing but if users find your site confusing, slow or unusable with poor content you won’t build the userbase you are looking for and potential customers may never return to your site, so it’s important to think of the user and their experience because optimising your site for a better user experience will in turn make for better search engine results.

So I decided to use some of my illustration and animation skills coupled with editing techniques and created a short, around 1.15 minutes, advert for AJF Web Design. If it get good feedback you can expect to see more, I have already had an enquiry about animated videos from one client so will wait and see what everyone else says?

Mila and the Quest for the Golden Axe

So when I have a few minutes between client projects and thekids I'm also working on a few of my own gaming and augmented reality projects.I'm really very new to the world of game design and development but hope to getinto it a lot more over the next few years.

I'm working on three games and an augmented realityapplication at the moment, with each aimed at different age ranges andincorporating completely different styles of game play. All three games and theapp exist in the same universe, allowing me to make use of familiar charactersI’ve designed for the 'Heroes' and 'Villains'.

One of the games is called ‘Mila and the Quest for theGolden Axe’, a traditional platform style game that was originally conceived atMoray Game Jam 2017. It was far, far, farrrrrrr away from winning the Game Jambut I had fun making it and got the chance to demo the game to the public,along with one of my other games, at this years XpoNorth in Inverness as partof the Gaming and Technology playground.

As usual XpoNorth was really busy and the buzz was goodamongst all the gaming stands, (if you’ve never been to XpoNorth you should popalong next year, it’s on for two days, free to get in and there’s lots of stuffto see, people to talk to and panels to attend). There were lots of impressivegames on show, some from Moray Game Jam and others from game developers and companiesfrom all over Scotland. Platform games, multiplayer futuristic Tron style ballgames, first person Virtual Reality games where you can swing through the airlike Spider-Man, classic Smash TV style games with a modern look and twist,massive world adventure games and everything in between. There really is some impressivegaming talent in Scotland ya know?

Anyway, Mila and the Quest… actually got a bit of attentionwith girls, boys men and women all having a go at the game, playing throughthree of the demo levels, or until their lives ran out, and they seemed toenjoy the game. Several players came back a few times for another go, so Ifigured there must be something there that people liked and this has encouragedme to continue developing it. Mila and the Quest… has a LOT of development togo but I am hoping to release it in 2018.

You can check out a wee video of one of the levels below, likeI say there’s a lot of development to go, animations, movement, story… but Ithought it might be good to post the footage as I go, then I’ll be able to lookback at the development, and it’s always good to get feedback, no matter howbrutal, to help improve what you’re doing.

If you want to have a look at some of the other games, youcan head over to www.milaandbobby.com

The all new Christie Row website is now live! Head over to christierow.com and check their music, buy some merchandise and find out more about the band.

Christie Row is a three piece original Rock Band from the Elgin/Forres area, who have been playing together in local bands for the past few years, until finally taking the plunge into Original Material territory... 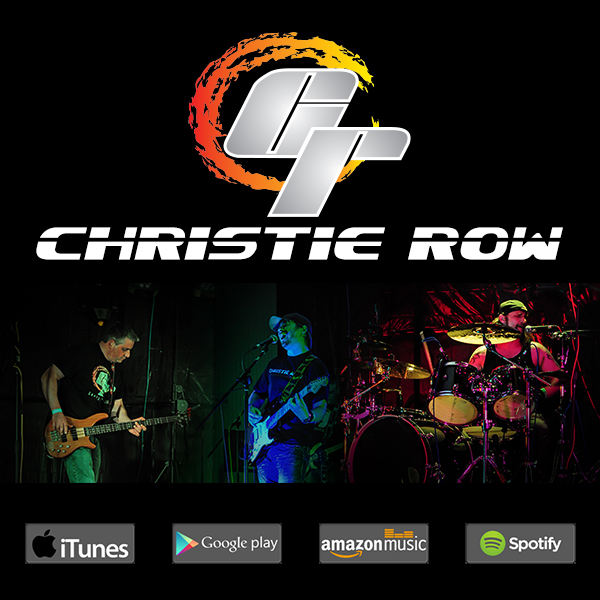